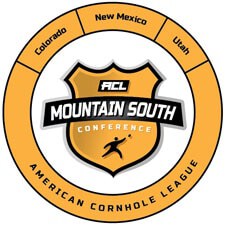 I am ACL Pro Bryan Harris from the Mountain South Conference and this is my story of how I became a professional cornhole player for the ACL. Friend introduced us to the game around 2008. We played as backyard recreational players until 2017 when we played in our first tournament. We’ve been working to improve our game ever since.

I am ACL Pro Hunter Simington from the Carolina Conference and this is my story of how I became a professional cornhole player for the American Cornhole League. I grew up in the great state of Iowa, patron state of tossing corn. In 2006 I attended Iowa State University where I was first introduced to cornhole; tossing with friends in the backyard and in the tailgating lots before football games. After college I moved to Idaho where I started seeking out any and all cornhole tournaments and leagues. I went Pro in the 2019-2020 season under the Mountain North Conference. I then moved to South Carolina and am returning as an ACL Pro for the 2020-2021 season.

I am ACL Pro AJ Sims from the South-West Conference and this is my story of how I became a professional cornhole player for the American Cornhole League.