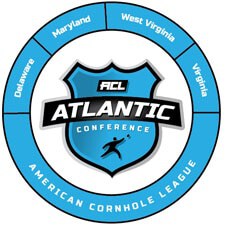 I am ACL Pro Trae Kelly from the Atlantic Conference and this is my story of how I became a professional cornhole player for the American Cornhole League. My brother and grandfather got involved in the sport a little before I did. They were introduced to the game and then found a tournament at colonial downs. The tournament held 128 teams. They finished top 10 and got invited to some local blind draws at the sportsman. After a couple weeks of hanging out and watching I decided to pick up a bag and play. I hate to admit it at times, but I was the guy they everyone shook there head when they drew. Who knows, people may still shake there head when they draw me. From then I got involved in some national leagues and now I'm here; making memories and leaving a footprint on the cornhole society.

My most memorable moment was finishing second with Curtis Kearns in the advanced bracket in St Louis . We had some huge wins against some great teams :Eddie Grinderslev and Brandon Greggor , Adam Hissner and Cody Henderson, Trey Burchfield and Brandon Corwin, Josh Groce and Eric Weathers

I am ACL Pro Curtis Kearns II from the Atlantic Conference and this is my story of how I became a professional cornhole player for the American Cornhole League. I started playing back when I was 15 just like most people at backyard BBQ's. From there I ventured into my first blind draw at a local Buffalo Wild Wings at the age of 17 and I got lucky enough to draw a guy named EB Marsh, the best guy in there at the time, and we ended up finishing second. From then on I was in love with the game. I stayed with the local blind draws for the next 6-7 years and never really ventured off and traveled. I had stared to become one of the best in my area so last year I decided to take on the pro circuit and try to make a name for myself across the country. I ended up Finishing 56th overall In the 2018-2019 season. Time to improve on that in seasons to come!

I am ACL Pro Kaylee Hunter from the Carolina Conference and this is my story of how I became a professional cornhole player for the American Cornhole League. Started out with Backyard cornhole with family and friends, I started getting good and putting in work then Jamie Graham introduced me into competitive cornhole. Ever since, I have fell in love with the game!