How I became an ACL Pro by Nick Schafer

My road to Pro all started about 2 years ago when one of my girlfriends family friends convinced me to join a cornhole league. I started out sketchy not quite sure on what I was doing, still balling the bag up and just throwing it. I noticed some of the competitive throwers spinning the bag and actually having some decent accuracy doing so.

I started working on it and surprisingly it was fairly easy to pick up and was excited with my new learned throw. I went on to win the social division after 8 weeks of playing and learning the game. I had so much fun in the first league that I decided to join another and keep playing.

3 months in, addicted and ready for bigger matches

3 months into playing I found an event on Facebook. It was the American Cornhole League Regional Tournament. I figured my game picked up enough that I might actually have a chance so I made the 2.5 hour drive across the state by myself to go play in the singles event. Man was it crazy to see that there were actual tournaments for cornhole.

I got lucky winning my first game 21-20 and lost my next 2 games. I decided to stay and watch some of the other games. There was one player in particular that was throwing the flattest I have seen anyone throw. Putting 4 bags in the hole like it was nothing. I was able to talk to him a little and instantly knew I wanted to get better and be able to play like him. I started playing every chance I got, traveling to tournaments every weekend. Meeting all these new players and amazing people on my road to pro, taught me a lot throughout the next couple months.

Still learning and growing on my road to Pro

I have now been playing for 6 months and learning a lot about the game from everyone that I possibly could. Starting to learn exactly what it takes to be able to play against some of the best from the state on my road to pro. I now have picked up the game pretty well in my opinion and went to Michigan’s April Regional of 2018. It was 2 days before the 1 year anniversary of my dad passing away so this tournament was going to be special for me no matter what the results were.

I went through the singles bracket winning game after game and feeling more confident in my game and my abilities. I am now in the winners final, its the furthest I have ever made it in any tournament. I feel unstoppable and was able to pull off the win. I knew at that time I could be an elite player from the state if I stick to the game and keep learning. A couple months go by and I won a few more Regional doubles tournaments. That gave me a lot of the recognition that I was hoping for. I was good but still not very consistent when it came down to the tough games.

Just over a year and a half goes by of playing and I have now traveled to my first ACL National and Worlds. I was able to finish the ACL season ranked #6 in Michigan and just missed top 160 in the country which almost qualified me for the ACL PRO division. I knew I wanted to be a Pro and I knew I was capable of it, so I applied. After a long wait and nail biting, BOOM, I was accepted! But something is still wrong. I feel like I am still at the same point in my game struggling to pull together the consistency in order to win tournaments and important games. 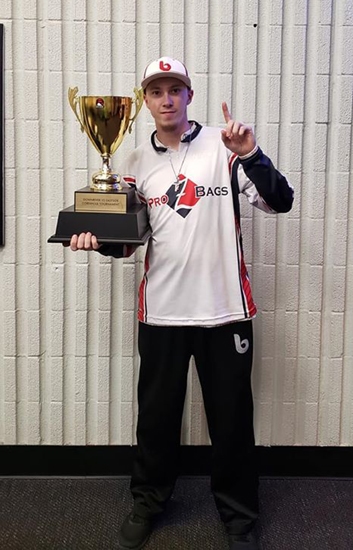 I’m a professional cornhole player now and I need to start playing like it. So I start working on my game again before the next season starts. I know that I am trying to figure out what it is that i’m doing wrong. All I know is that I don’t have the focus while i’m playing those tougher matches, but what could it be?

Wait a minute, that’s it focus. I’m not focused while I am playing anymore and I am not paying attention to the important parts of my throw. I’m just out there throwing the bag and hoping it goes in. I was ready to quit because I was getting so frustrated that I couldn’t figure it out. I started focusing on every little thing in my throw, between the hold, release, arm swing, my footing, everything I could think of.

New throw and new focus was key to success

We hold our first singles tournament of the 2019/2020 season and I try out my new throw and my new focus that I have been working on. I’m paying attention to every little thing I do in my throw now making sure I do it all exactly the same. I pulled off the win and now feel more confident than ever in my new game! 2 months into the season and I now have won 7 out of 9 regional events that I have played in. The new focus I have is paying off with more people starting to recognize my new found success.

I have been receiving a lot of questions now about what I have done in my game on my road to pro and it is the same answer every time. I changed my mindset in the game, I pay more attention to the way I am throwing and releasing the bag and i’m allowing less to distract me during the games. My suggestion to everyone trying to figure out their game, pay attention to the way you release the bag, the way you follow through and pay attention on your goals. You will see the progress if you work on it. Just like I did myself.

Thanks for taking the time to read the story of my road to pro. Be sure to also check out my profile on the site.
I would like to thank my sponsors for this 2019/20 ACL Season. 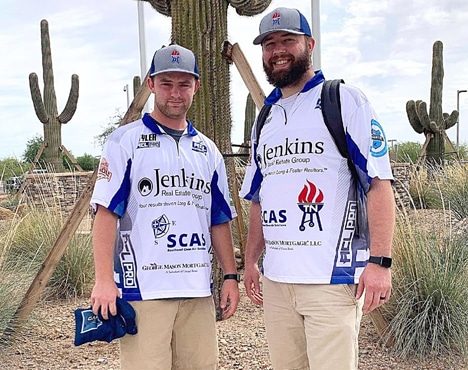