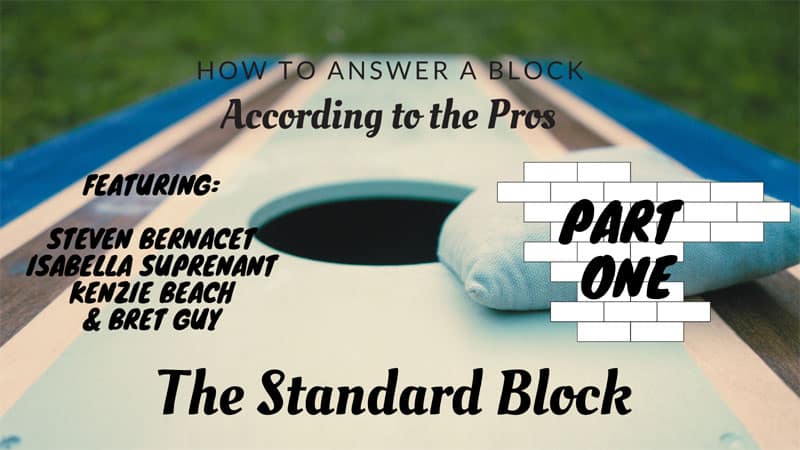 Welcome to our newest series called Pro Level Game Theory and first up, we are going to talk about the Standard Block. We asked four ACL Pros how they would typically respond to each of these block scenarios. Their (response) bag would be thrown from the left side. Below are their answers. (Spoiler: they’re not all the same). Now let’s break down why each player may have answered the way they did and really begin to ask ourselves the million dollar question: is there a correct way?

One thing is clear from the gate: there is no consensus here. Cut around like Bella? Roll? Airmail? Block behind? Push through? For some time now, in the non-pro world, it has been the consensus to cover/pin/block behind a standard block (but apparently we can’t come to a consensus on what to call this move). Common cornhole wisdom dictates, “Hey, great block, allow me to place this bag behind it to negate any attempts from you to push it in, and let’s start the airmail party. May the best airmailer win.”

How the Pros handle the standard block

That’s what Kenzie Beach would do. Well–some of time. He also has a roll bag option he can pull out at will–probably how he crushed his competition in his conference qualifier to get his pro spot. But notice how he says he wants to “see what they can do.” We all know plenty of players in the recreational cornhole world who would rather hack off their right big toes with a butter knife than throw an airmail under pressure .

However, a dirty little secret in the Pro cornhole world is that even they lose their confidence in their airmails from time to time. So if that’s what makes your opponent lose his or her mind, forcing an airmail contest rather than allowing pushes, then the proper play might just be a standard block behind!

Isabella Suprenant, reigning coed world champion, said she even goes the extra mile of purposely making the covering bag actually cover the bag and sit on top of it. That’s if you didn’t leave her space for her to execute her killer cut shot. By the way, all these youngsters with these fully mastered flops, rolls and cuts…what do they put in school milk nowadays?

[Side note about cut shots and roll shots when discussing theoretical success percentages later. A failed airmail usually means a bag off the board. A semi-failed cut, flop, or roll means a cover bag, a clogged hole to your advantage or at minimum a point on the board. We won’t get into the full debate about this in this particular post but this needed to be mentioned so that we can understand how one’s confidence in this kind of shot hardly ever disappears.]

Now here we have another ACL Pro and one time national singles champion Steven Bernacet saying that he only practices covering bags during rounders, where I can only assume he’d rather play it safe in order to better guarantee that he goes undefeated–as is the goal for everyone during those qualifying rounds. But when it’s time for the big boy brackets, he’s willing to risk it for the biscuit. It is indeed a bold move any way you slice it. By airmailing right over that standard block you are emphatically stating to your opponent that your airmail rate is greater than their push/replacement rate.

Multiple title holder and recent Pro Shootout Doubles Champion Bret Guy says if he’s feeling his airmails, he’s always going to let it fly. Notice here, a top pro admitting that he can lose his confidence–but if you’re seeing him on the national broadcast he’s almost definitely “feeling it.” And what’s really interesting here is if his airmails aren’t feeling too hot that day, he’s still not going to drop a standard block behind it! I believe this reveals how much some players value the emotional/mental battle on the boards.

A standard block is not an easy bag to land. Not only does your left/right alignment have to be on point but you need to be extremely accurate telling that bag precisely where to hit the brakes. So, imagine you nail the standard block. You quietly fist pump in your mind. And then, without hesitation…swish…Steven Bernacet or Bret Guy just airmails over it. He might as well look over at you and add on a, “Nice try, little buddy.”

Try to understand the mind screw taking place here! And when Bret isn’t on his airmail game, he wants to make sure he cleans up the board. Another emphatic, “Not today, young fella.” But does this statistically make sense? Or is it that Bret and Steve are so good that they can pull this off? These are the questions that we need answered in order to establish whether there is such a thing as optimal game theory in cornhole.

So let’s look at some numbers. The opponent will henceforth be referred to as the Sucka. Here’s a theoretical scenario with theoretical success percentages attached.

Now go back to each scenario and replace those percentages with yours and your favorite local nemesis’s. How would you rather play it? Do you think your airmail rate is strong enough to play with such Bret Guy or Steven Bernacet level aggression?

What conclusions do you draw from breaking this down? Is it possible that Steven and Bret are playing this standard block the wrong way statistically but it’s somehow the right way mentally? Did we help you answer any of life’s questions? At all?

Tune in next time as we do a two for one special breaking down the answers these ACL Pros gave about standard blocks in your lane and missed blocks in their lane. If blocking is your game and the route you chose to go then here are some great Slick & Stick bags you will want to try. 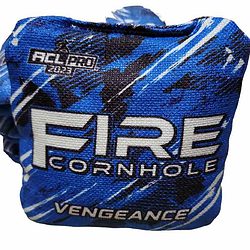 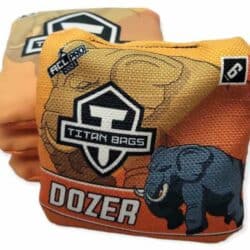 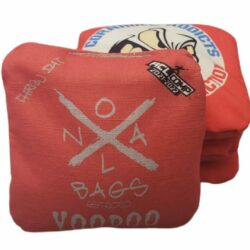 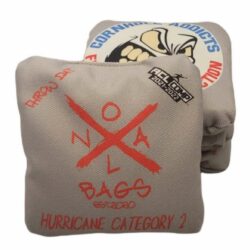 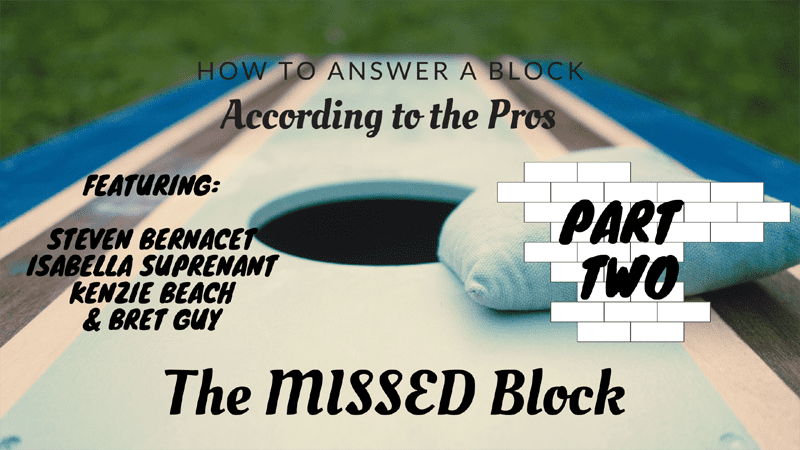