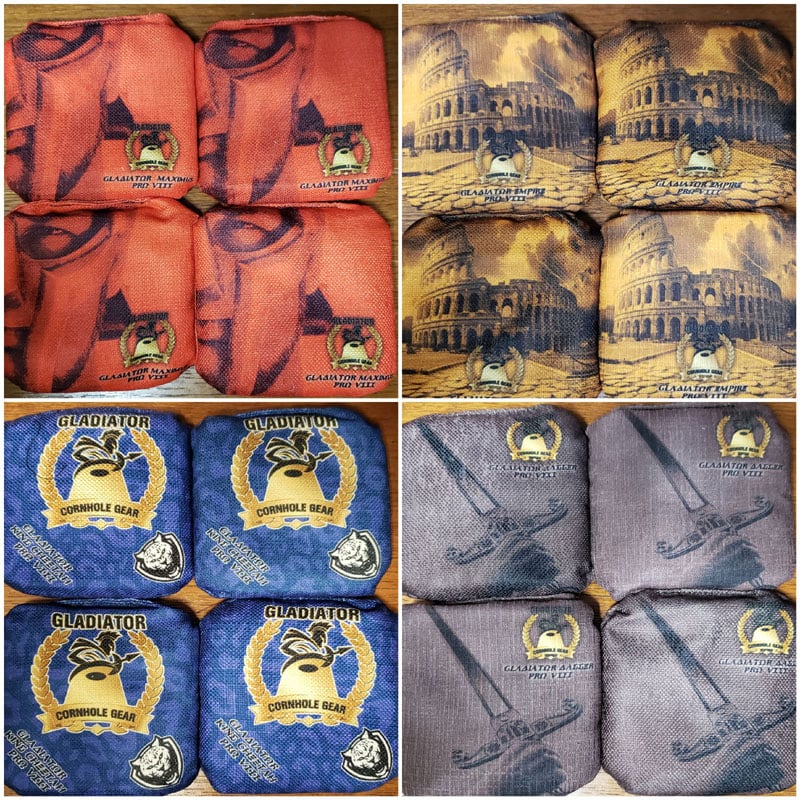 First thoughts when you take it out of the box

Each Pro VIII Series of the Gladiator bags features corners unlike most other bags. They are described by Gladiator as the “Emerald Cut” corners. The purpose of this is to provide a flat edge which is said to be better for pushing bags. Whereas bags with a rounded corners have a tendency to kick the bag out of the way rather than pushing it.

The stitching looks great and being that it is black, it blends with the bags rather than standing out. The logos and writing look great on each bag, depending on what color you select. I feel that the brown bag with black logo is not a good color combination, but that is a very opinionated statement. You may like that contrast.

Using your thumbs, pull the material apart on each side, is there movement? How about the seams?

I did not notice any movement or separation in the material when I pulled it apart. The seams are well stitched. These bags should break in well and last for a long time!

How does it feel in your hand, soft/hard, thick/thin, loose/tight, heavy/light, etc

Right out of the box feels: 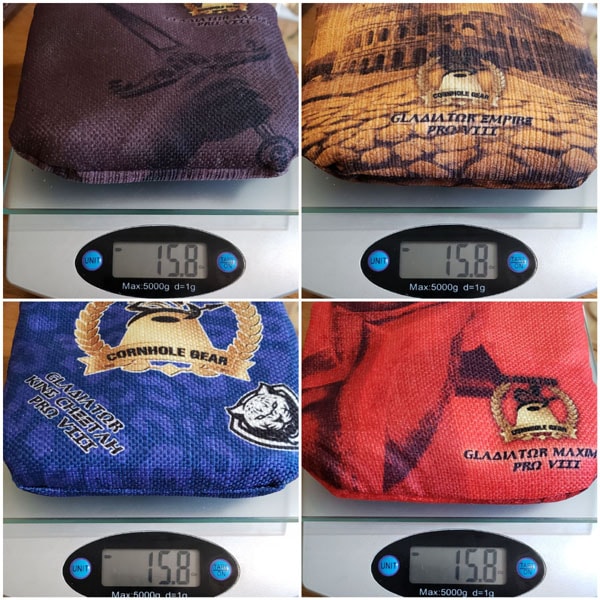 How does the bag play when it hits the board? ex. Lands flat, any kick, etc

Let’s talk about the 2 slick and stick Pro VIII Series bags, Dagger and Empire. During my tests, based on the conditions listed above, both of these bags were fast on the slick side and good movement but not as fast on the stick side. I was able to land a blocker bag in front of the hole and push through it with no problems. The Empire bag is a little more loose and forgiving around the hole than the Dagger.

The other 2 bags, King Cheetah and Maximus performed very fast in these conditions and took a couple throws to get used to the speed. In an attempt to not fly off the back of the board, we ended up hitting the front of the board but once we got dialed in, the bags settled down nice. Both bags, but especially the Maximus, felt and performed much like an All-Slide.

All the bags feel great in the hand. One flaw which is already being worked on is that it is hard to tell which side is fast/faster on the Maximus and King Cheetah. Gladiator is aware of this design oversight and is working to rectify it ASAP (they probably already figured it out and fixed it)

After testing all 4 of the Pro VIII Series bags, my personal favorite is the Empire bag. It is a loose bag that sits well, not sloppy, in the hand while throwing. It is forgiving around the hole and with a stick side, allows you to lay up a blocker as needed. The bag had no problem pushing through the blocker and when it did, I did not have an issue with the pushing bag kicking off to the side.

I feel that each bag, when used under the right conditions, will dominate the boards. Very impressed with the bags right out of the box, the material feel, color selections of bags, size and weight of bags and designs. 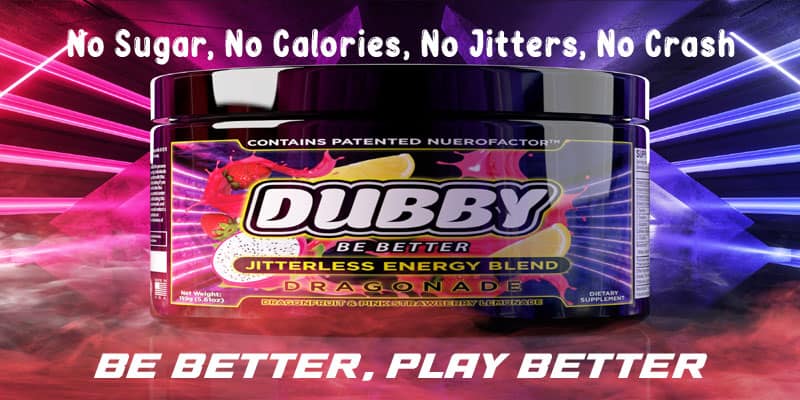 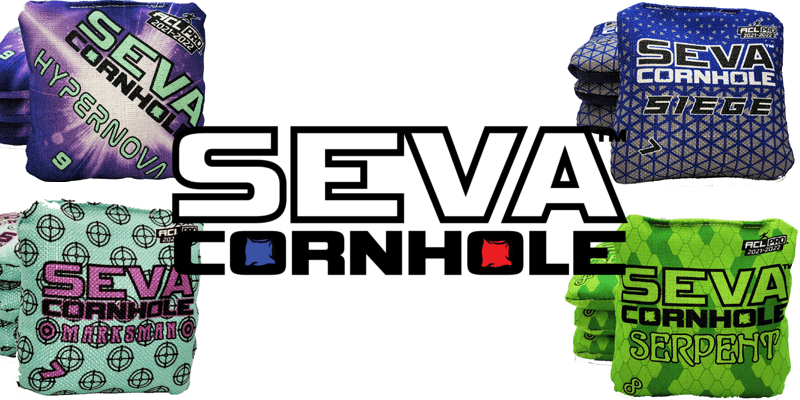