By now you should be familiar with the term “Playing the Ghost”. We recently featured an article titled “Playing The Ghost is Great Practice“, click to read all about it, it explains how to play the ghost and how it can be the best form of practice available to really take your game to the next level.

Or if you want to see an example of someone playing against the ghost, scroll to the bottom of this page where you can watch the creator of Ghost Cornhole, Bobby Fink, take on and beat Ghost 7.

As a Cornhole Addict, you have most likely been to many tournaments in your area and probably have driven 2 or 3 hours just to play. And I would bet that sometimes you are even willing to make a longer trek just to meet and play against some new competition.

Well, now there’s a different way. Ghost Cornhole brings you Facebook Live Virtual Tournaments. Compete against people all over the US right from your own backyard! Join us in the one and only FB Live cornhole tournament experience. There are even daily Throwin Go tournaments!

Something to think about….Let’s say in the first round you draw against an ACL Pro. You are probably thinking you don’t have a chance and maybe if you were actually playing them 1 on 1 you wouldn’t. But the great part of these tournaments, is that you actually do have a chance, a good one!! Because all you need to do and worry about is your game! Just beat YOUR ghost by a bigger margin that them and you win the round.

The possibilities are endless with the variety of different ways we can play. We will change it up from time to time but here are the standard tournament game play rules.Tournament Play of Ghost Cornhole

The cost to register in the first ever online ghost cornhole tournaments is $10 per person. There is an 80% payout to the top 10% finishers and possibly some additional money as well as some donated merchandise here and there.

If you are interested in donating some merchandise for us to use as prizes in the tournaments, please send us a message right here on our website. This is a great way to get your products in the hands of the right people. If you have cornhole related products then we are a perfect fit for you and we (Ghost Cornhole and Cornhole Addicts) would love to work with you.

You can click below to join our Ghost Cornhole group page where you will find all the information about the current and upcoming tournaments and you can watch peoples live stream videos as they compete against their ghost.

Want to see how playing the ghost is done?

Watch the creator Bobby Fink take on the Ghost 7

The first thing you need to do is go to Ghost Cornhole group on Facebook and join. Next, figure out what you want to play.
There are different levels of Throwin Go’s and they can all be seen in the FB group page

Make sure to join the Throwing Go Facebook Group

GHOST CORNHOLE TOURNAMENTS
The entry for a tournament is $10. We do accept late entries and that fee is $15 and allowed for the first round only.
If you would like to get in the tournament that is running now or the next one, it can be done by sending payment via Paypal to [email protected] and request the tournament date (Put “Tournament 00/00” in notes when sending entry.)
* Since these change weekly, it is best to check the Ghost Cornhole Facebook page to see what tournament is being played now and what is coming up. 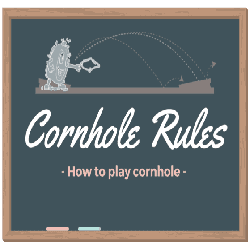 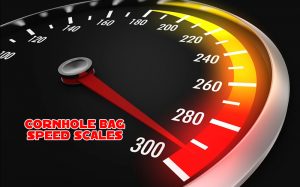