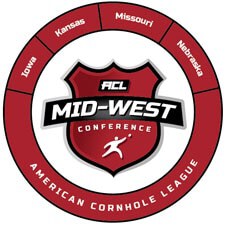 I am ACL Pro John Fuentez from the Mid-West Conference and this is my story of how I became a professional cornhole player for the ACL.

About 16-17 yrs ago we had an adult wiffle ball league in my home town. They always had boards on the side lines. Peaked the interest obviously. The older man that owned the land we played on was always beating up on everybody. His name was Ronnie Mac. He was the only one, well the only one I remember at least, with that perfect spinning flat bag. Back then I held the bag on the corner and flipped it. I was good, but inconsistent depending on how the bag landed. So after playing there all the time, we of course decided to make our own boards so we could play more often. Then it just became what we did at all family stuff and most weekends. In the beginning there was never a thought of becoming a professional cornhole player..... but look at me now. I love this sport. I mainly love the people. The cornhole family is amazing. Don't know what I would do without it. There is nothing better in life than walking into a tournament on opening day and hearing the sound of hundreds of bags hitting the boards.