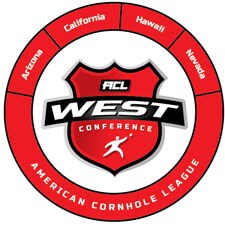 I am ACL Pro Josh Thielen from the West Conference and this is my story of how I became a professional cornhole player for the ACL.
My neighbor JD and I started playing in our neighborhood in 2017 on some aluminum boards. JD always kicked everyone's butt in the neighborhood, "bouncing" and airmailing bags at will. In the fall of 2017, a local bar hosted a tap takeover event with a cornhole tournament and of course, we had to go. Not only did we win the event, we landed our first sponsor as our neighbor Marc kept the cold beverages coming throughout the event. In the championship game, we played Jeff Chimienti and his brother. Jeff asked us to join the cornhole league he was starting, and so we joined the inaugural season of Pacific Coast Cornhole (PCC). During the initial months, we were focused more on the social aspects of the game but having the opportunity to learn from some of California's best players, we grew our skills and eventually took the game more seriously