So, it seems that you are a little more than just a Cornhole Addict. You’ve seen them on TV kicking butt and cashing checks. You’ve probably even their Pro Profiles here on the website. Now, God help you, you want to tell your family that you’re actually considering going pro in the ACL and becoming a Cornhole Professional.

Since the threat of divorce hasn’t stopped you yet (“What do you want for Christmas, honey? Say ‘bags’ and I’m throwing this lamp at you I swear to…”), I won’t try to stop you either. Instead, here’s a handy guide to help you separate what the Players Guide actually says from what people think they know from their experience in the ACL. Hopefully this sheds a little light on the subject.

The points race is well under way but there seems to be a bit of confusion as to what everyone’s goals are this season. For some, this won’t matter because you’re “PLAYING ALL THE TOURNEYS!!!”, but for others, a little clarification might help you plan the rest of your season better.

The rules have changed dramatically from last year with the implementation of a separate Pro division. To add to the confusion, points systems have yet to be updated in certain areas and there has been no announcement as to how many “Become A Pro” tournament spots are up for grabs at The ACL Championships (aka COBs). Let’s start with an excerpt from the Guide itself, then we will try to break down each. Will I help make anything clear? I will do my best.

There are four ways to qualify to become an ACL Pro:

Item # 1 above is about how to stay a Pro for those that are already pros this season in the American Cornhole League. About a month into this season, there were 220(ish) Pros signed up, publicly announced and ready to go. I have no clue if that number has changed but the goal was to have 250 ACL Pros to start the season. Assuming that limit stays the same come next year and 192 Pros retain their position in accordance with the number one qualifying method above, there will then be 58 positions left to be filled (or refilled by Pros who didn’t make the cut).

Skip item #2 and go to #3. Of those 58 openings for Pro status, the top 32 advanced players in overall points in the nation (repeat: NATION) will grab 32 of those slots. Again, assuming there will still be 250 ACL Pros next season, that means only 26 spots will be left and up for grabs for those going pro in the ACL at the end of the year tournament.

How to become the top advanced player in the nation

So how do you become the top advanced player in the nation in the ACL? Here’s the answer from the Players Guide and I will add my commentary afterwards.

First thing that I need to make clearer than clear is that you need a sick high level partner, yo. I don’t care if you’ve found the easiest local blind draw on the planet and you’ve milked your 300 max local 1st place finishes already before 2020, if you’re not racking up doubles points, you’re as good as hopeless if you plan on making top 32 in the nation and going pro in the ACL. So bounce around! Bribe a top dog to partner with you! Desperate times calls for desperate measures.

Attendance, bare minimum, is as follows: 5 regionals, 2 conferences, 1 national, a partridge in a pear tree and however many local ACL points tournaments you need to get as close to 10 1st place finishes as you can. You can play in 75 regionals in the month of January and only two sets of scores will count: your best singles and your best doubles (including blind draws, so bug your directors to have more).

There are 3 conferences and 4 nationals through the season so there’s not as much flexibility there. That’s why, at the end of the day, the best players with the best partners usually still rise to the top despite all the crying you hear about small point differences. You have to KILL IT at conferences and one national!!

But let’s say you do all this, and somehow, it seems some lesser player earned 100 extra points over you at the end of the season. Unfortunately, this is (in my opinion), the worst part about the points system. If a player attends (attends, doesn’t even have to do well) all 3 conferences and all 4 nationals, they’ll get a bonus 50 points for each perfect attendance accomplishment–100 points total. Now because gaining a spot in the top 32 and going pro in the ACL is going to be so ridiculously tight, this might end up really annoying you if you think about it too much.

But hey, if you’re thinking about going pro in the ACL, then you had better be good enough to earn top prizes playing this game so the idea of paying to attend all 3 conferences and traveling the country to all 4 nationals, shouldn’t intimidate you. Put it another way, if you just want to tell your Memaw you’re a pro cornhole player but you really have no chance in the world beating James Baldwin, Cody Henderson, Adam Hissner, Daymon Dennis, Derrick King, (shall I go on?)…then hit the weights and dream again when you’re ready. But if you’re a pro, then everyone and their mothers should already view you as a pro.

Are you committed to becoming a Pro?

Weigh the costs of committing to this journey against money that’s realistically available to be earned by you and your partner if you enter the dome of the cornhole Pro money in the ACL (this year it’s a quarter million).
So let’s say you are one of the unknown greats. You smash faces and take names at every regional. But no one knows you and no one wants to sponsor 4 nationals and a COBs for you. Is there some backdoor way to get on that ESPN screen next season with the title of Pro besides you?

My strong suggestion would be for you to hit the bare minimum with participation as noted above. Since you’re that good, your name should appear and qualify you nationally to be recognized as a “top player” even if earning top 32 doesn’t happen. If you are seriously thinking about going pro in the ACL, give yourself the best chance to get that invitation to the “Become A Pro” tournament. Once you’re there, make the competition weep and take your rightful spot next to the greats in the ACL–grabbing one of those final 26 spots.

I will not comment much on becoming top 16 in your conference here–especially the points involved–oy! I will say that it seems to be the source of the most confusion. Last year, the top 16 from each conference received invitations to become pros. This year, there has been no indication that that will happen again and most likely will not be a backdoor way in.

Okay, this is getting too long winded. I hope there was something useful here for those who are already a pro or those who are thinking about going pro in the ACL next season. If anything, I hope we can speed up some crucial answers needed for the people who want to make some of their cornhole dreams come true. Happy holidays! Look out for part two before the New Year! 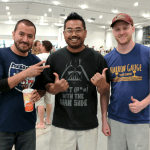 I am an MC/Singer/Songwriter/Producer/Writer/Comedian/Actor/DJ/Teacher. Aside from track in high school and basketball as a grown man, I have never pursued anything else competitive–until I discovered cornhole. I became fascinated with the mental aspect of the game. Pros like Jordan Camba will say it’s 80% mental and 20% physical, some think it’s even more mental than that! Cornhole has been a fun and challenging test as I pursue perfection and hope to hit greatness when I inevitably fall short. Today, I run local tournaments and can be found playing all over the Northeast. I love the evolution of the game and like to stay on top of the newest trends and optimal game theory. I am also a Certified Official through the ACO under Northshore ACO. 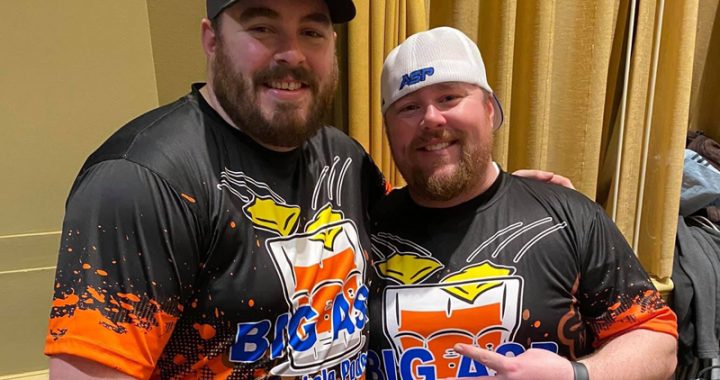 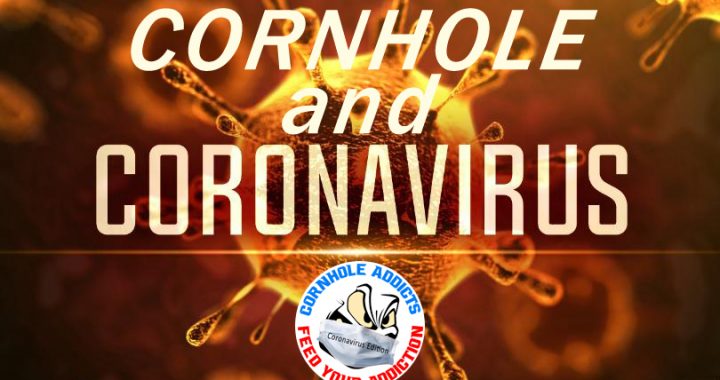 2 weeks ago Addicted1
COVID-19 IMPORTANT INFO
Due to the Coronavirus, many of our suppliers are running on a minimal staff which may lead to additional order fulfillment times. Please be patient and allow extra time for processing and shipping. USPS and Fedex are overwhelmed right now. We will do our best to get you your products as quick as possible during these uncertain times.
X
Wishlist 0
Continue Shopping