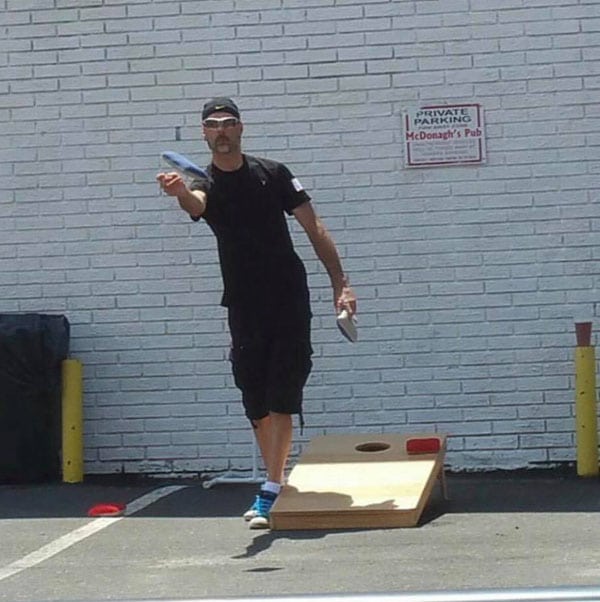 Footwork is Essential to Achieving Consistency

Being a great cornhole player is about consistency. Constantly performing the same motion over and over to achieve the same result of putting the bag in the hole. We have quite an extensive archive of blogs that discuss the different elements of the game to help make you a better player. This one talks about your footwork which is an essential part of your throw. Do you or should you step or not?

This past weekend, Dickey and I attended a fundraiser tournament for a local fire department. Actually, Dickey was running the thing. It was held in an empty warehouse, a huge space that was capable of having 50 or more sets of boards. One problem though, it was 95 degrees outside which equates to about 115 degrees inside. With very little ventilation and zero air flow (aside from the 2 fans at the scorers table). To say the conditions were brutal is an understatement.

We’ve played in rain, 40 mph winds and blazing sun, but I dare say these conditions were the worst I’ve ever played in. We decided to try out the new Gladiator Cornhole Gear gloves. They definitely work in keeping the sweat off your hand, but that’s a review for another time.

To Step or Not To Step?

I had several conversations with some people who were participating in the tournament. They all seemed to have the same question, “what’s the proper footing for throwing bags and achieving consistency”? Do I take a step or Do I not take a step? Great question, so let’s dive right into it!

Having come from a bowling background, it was natural for me when I started to play cornhole, to take a step. Just felt normal. I have a basic 5 step approach when I bowl, so 1 step and throw the bag. Makes sense. For the first year or two I always took a step. I was decent. Not great by any stretch of the imagination. Then I started to see guys and gals not stepping. Huh.. that’s interesting.

So during practice in the backyard, I started to mess around with the “No step” thing. For me, it made a big difference. My accuracy seemed to improve. (It wasn’t that good before, so don’t read too much into that) But, do I put my right foot forward? Maybe my left foot? Or do I keep both feet even?

So many footing options to throw a beanbag at a piece of wood. I started to take notice of the “legit” players in my area. Not their game per say, but their feet. Strange as that sounds. Why isn’t there a common stance for cornhole players to achieve consistency?  Everyone seems to have their own distinct style. Some of the best players in the country take a step. Then again, Some of the best players in the country don’t take a step. So, who’s right? Well, the answer is both.

Use the style that improves your consistency

It’s really not a question of which style is right or wrong. It’s more of a question of which style will improve your consistency and is right or wrong for you. ACL Pro player, Matt Guy (arguably the best thrower in the country) takes a step. Jamie Graham (The 2017 King of Cornhole) does not step. It’s about finding what’s comfortable for you. For me personally, I found that taking that step was just a way for more to go wrong.  I like to keep the game as simple as possible.

If I didn’t step straight forward, I tended to “pull” or “push” the throw. Whether if it was because of the ground being uneven or whatever. So consistency was a big issue. Having the no step approach now, it takes that aspect out of my game. I just need to focus on 1 thing, keeping my arm straight. Which I still struggle with even though I’ve tried all the different foot positions over the years.

The second option is to take a step forward with either foot (whichever is most comfortable) so you can gain some momentum while throwing with your dominant arm. Much like in bowling, you would ideally keep one leg slightly bent behind the other but you really need to see which of these stances would work best for you and make adjustments depending on what you feel is most comfortable. Stepping tends to require less force to throw the bag. This could potentially be an advantage further in the tournament.

When you are in a slump or just not throwing well, the first reaction is to make an adjustment. Just like in bowling, you tend to adjust your footwork. Move a couple boards left, right, up, back. Same thing here. At least for me, it’s the easiest adjustment, the position of your feet. This crazy sport is all about consistency. It is what separates the good players from the “pro” players. My advise?  Practice all the different footwork. Step, no step, right foot forward, left foot forward and feet even. See what feels the most comfortable for you and your game. In my opinion, There’s no right or wrong. There’s only what works for you.

Also, keep in mind that practice is key to consistency. The more you practice, the more consistent your throw will become. And therefore the better your consistency of landing bags on the board, hitting those airmails and being able to place them exactly where you want. 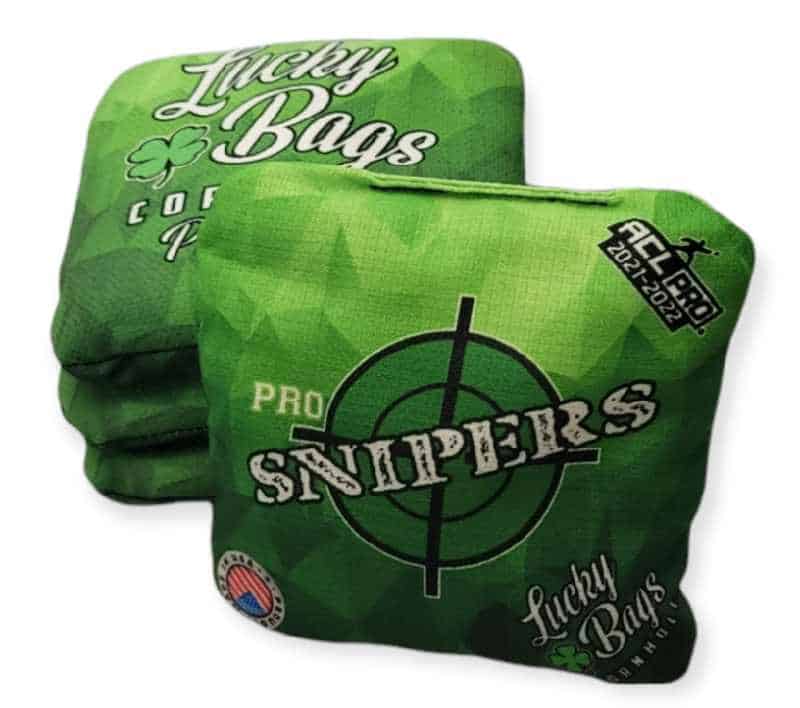 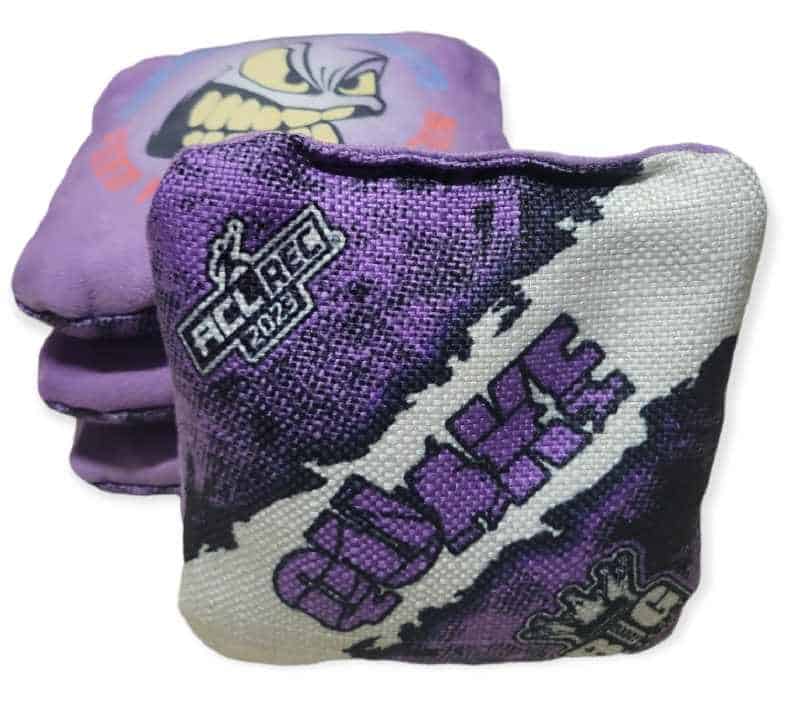 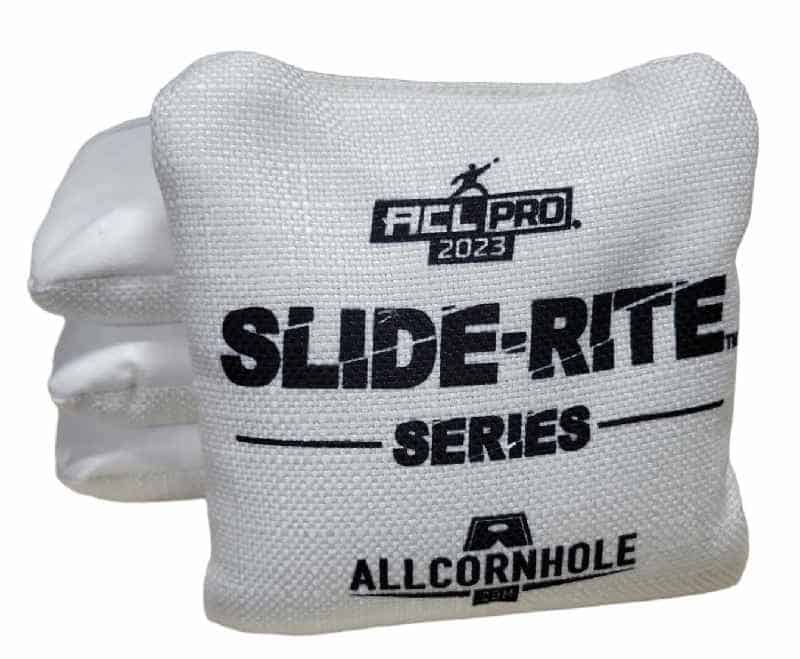 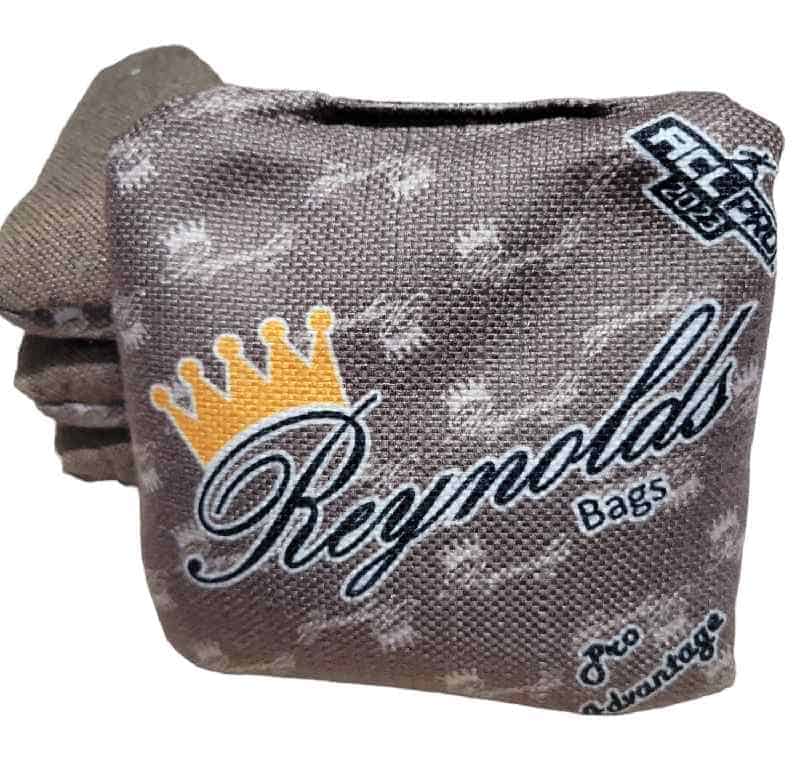 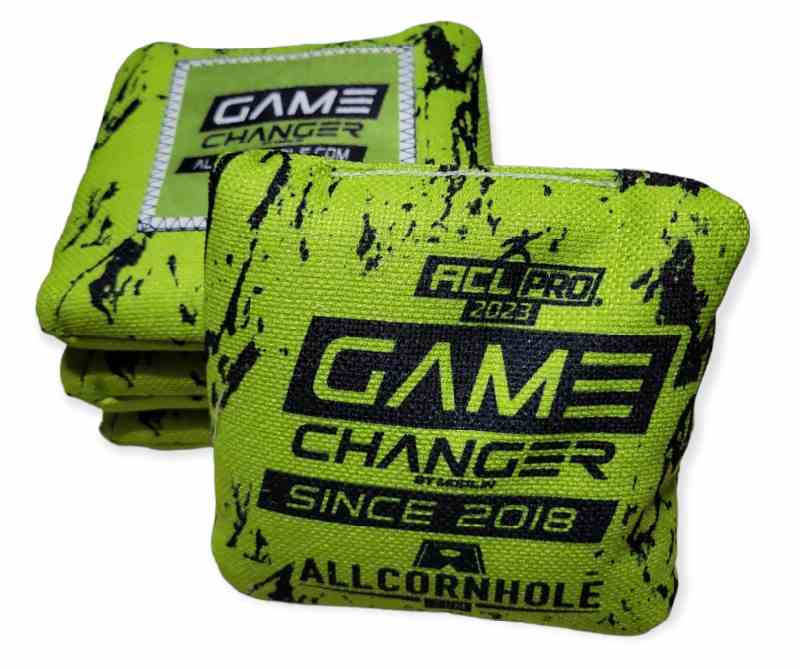 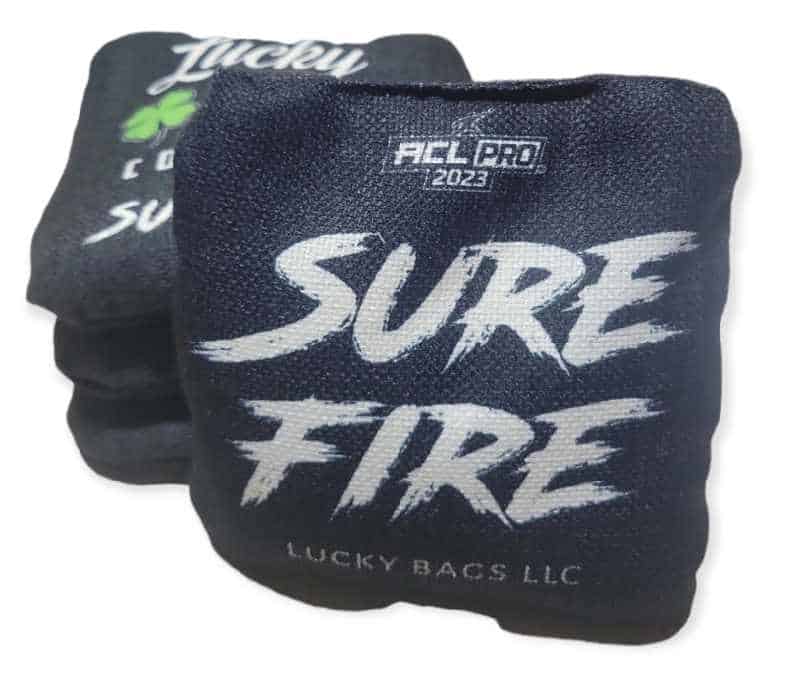 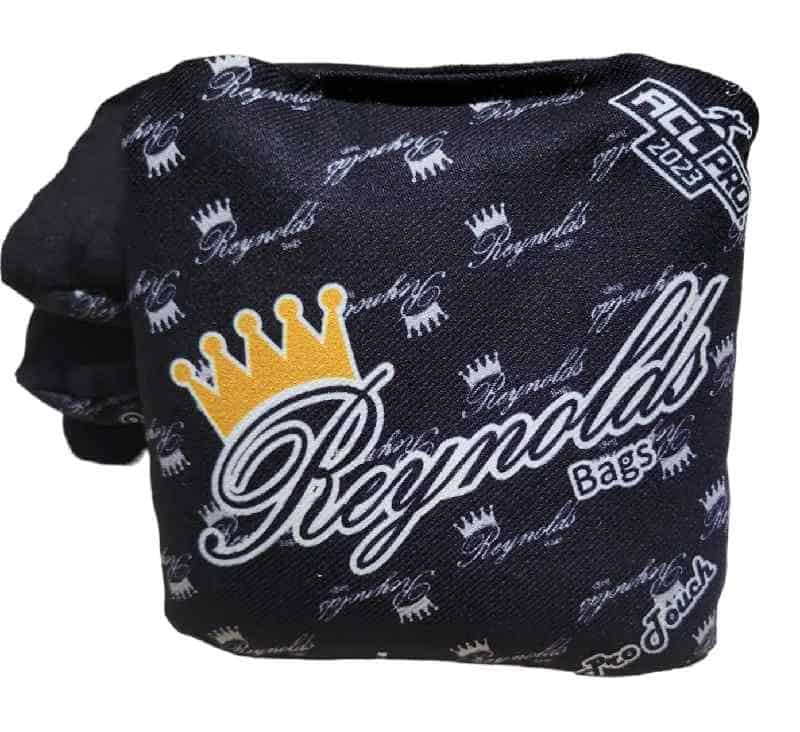 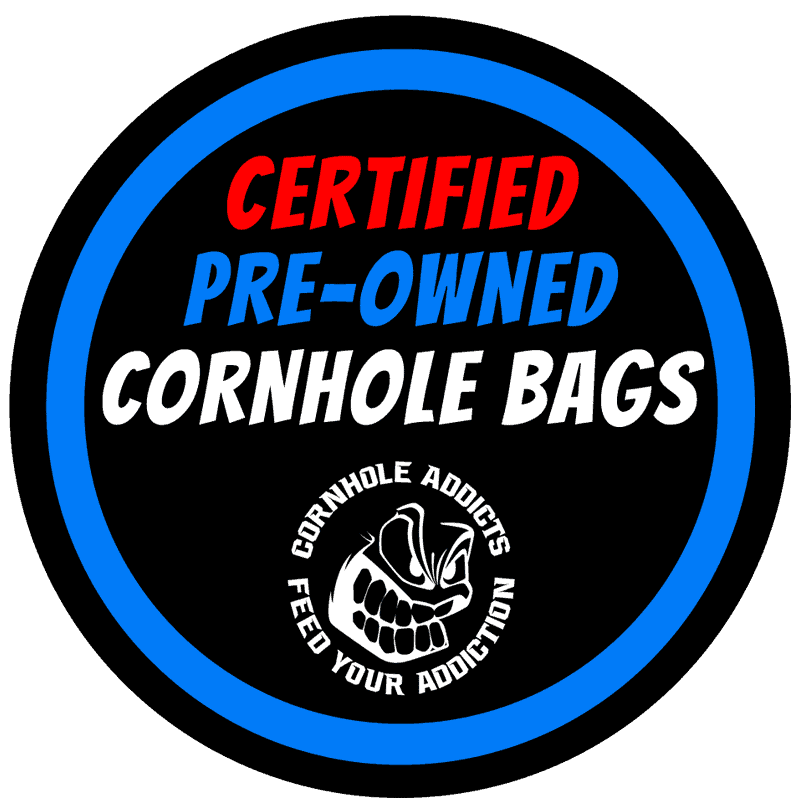 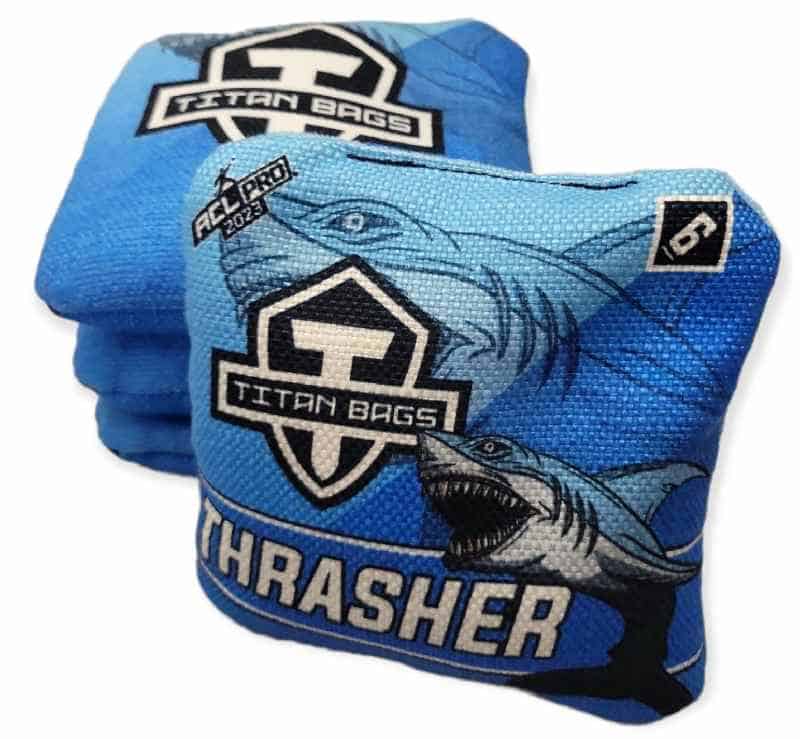 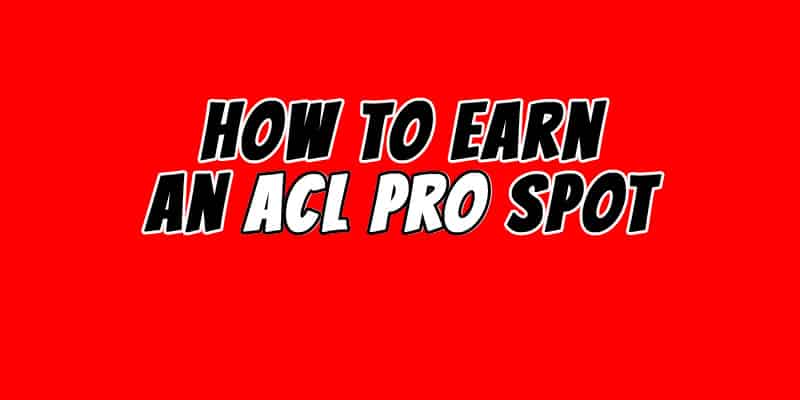 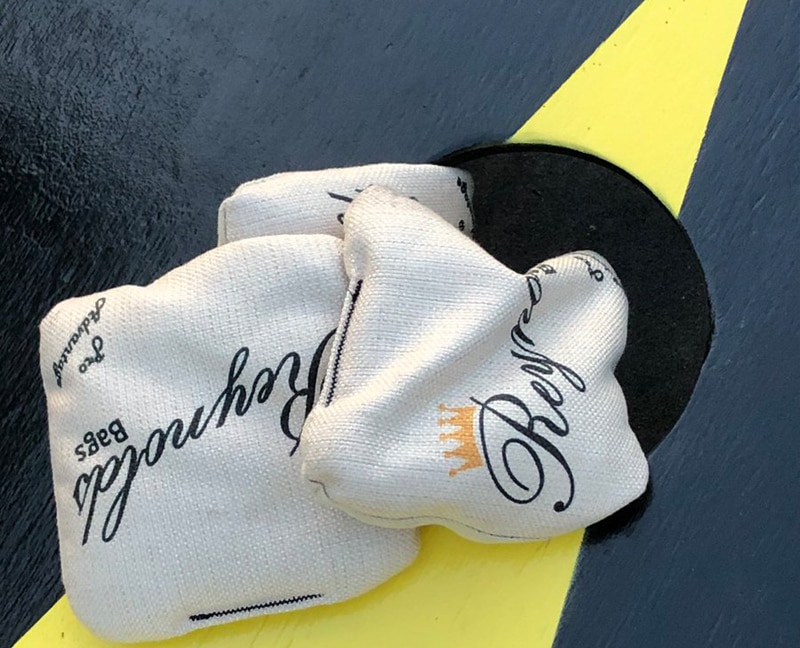 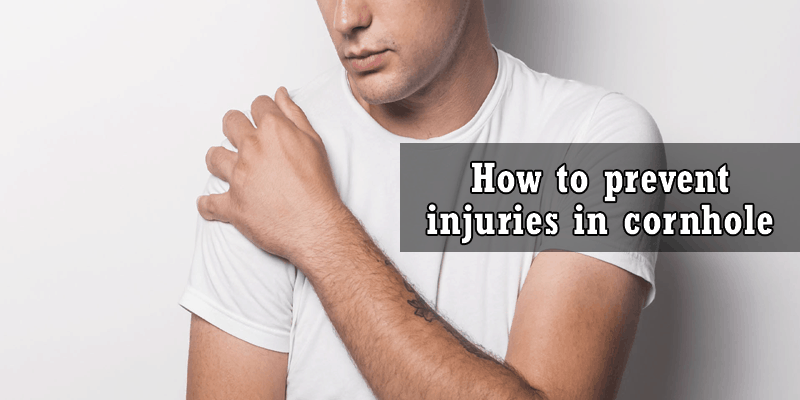